So things have been pretty nuts again over the last couple of months which has been great although I feel that I’ve been neglecting this site a bit, so I’m going to aim to step it up and put a bit more effort into maintaining and updating over the coming weeks. There’s been a couple of interesting sound projects and I’m still chipping away on and a couple of iOS apps that are taking a lot longer than expected.
Now that I’m not studying anymore I’ve discovered a new hobby/addiction and built a radio controlled quadcopter with an open source arduino flight controller that runs the multiWii 2.2 software.
It’s been quite a learning experience but it’s a great combination electronics, programming and just building cool stuff.

The kit I bought was the MulitiWiicopter Scarab Metal armor from MultiWiiCopter.com who are an Australian based company that develop and sell kits and other multirotor related stuffs.
In learning to fly I’ve crashed it a lot but only had to replace one of the engine mounts so it’s proved it’s toughness over and over. It’s taken me a bit longer to learn to fly in ACRO mode which is just using the gyros, not self leveling with the accelerometer, but you have so much more control in this mode and I recommend putting in the time to learn to fly in this mode.

I’m still learning to fly but now am spending more time in the air then crashing into the grass, here is a video of my local park flight

I’ll be aiming to add more info and flights here once I get better at flying.

It’s been another couple of busy months of work and play. I’ve just finished working on a bunch of TVC and Radio sport as well as some really good short films that required some pretty in depth sound design. One of these was Fighting Chance by Matt Mirams who I worked on the short film Kevin Is… with. Fight scenes are always a lot of fun to work on and I love layering different sounds and creating the perfect painful punch sound.
I’ve also got a couple of iOS projects in development for sound engineers that I should be releasing later this year.

A couple of years ago I worked on a project with my friend Callum Cooper which was shown at Toronto International Film Festivalin 2010. He has now decided to release it and it has already been picked by Vimeo as a staff favoriate.

I recently heard someone describe TV as “radio with pictures”, as a sound designer I totally agree with this mentality. Yes I am biased but more and more sound is treated as the second class citizen on shoots and in general. I like being able to create something from scratch and not have to deal with any bad location sound at all…
Anyway that’s my short rant for the moment, here are the pre-rant mentioned ads haha

1 of a campaign for Ryobi

Movember from a couple of Movembers ago,

I am very excited to annonce, although a little late, that the short film I worked on a while ago has been awarded the 5th place jury prize in the focus forward film competition at Sundance. It’s great to be involved in such a worthy project and fantastic to see that they have also raised almost £120,000 on kickstarted to further develop the project. I’m looking forward to seeing where they take this amazing idea.

Well things have been pretty hectic the last couple of months but I’ve finally managed to get around to updating my Aussie Slang iPhone and iPad app, Aussie Lingo Audio Companion, to work with the iPhone 5 and iOS 6. It also contains 16 more Audio Examples and I also fixed a few small bugs. 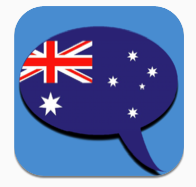 I’ll also be updating the free version, Aussie Audio Slang, in the next couple of weeks as well.

You can download the app from the iTunes store by clicking the icon above or clicking here:

The prepareForSegue method is called just before a segue is performed and allows you to pass variables to the new view controller that is the segue’s destination.

While the prepareForSegue for segue call hasn’t changed between iOS 5 and iOS 6 there has been a new method, shouldPerformSegueWithIdentifier, that has been introduced in iOS 6 which allows you to specify if you want the segue to be be performed or not.. It’s very useful especially for things like only displaying one popover at a time
I’ve included an example of how to to use it below:

I hope everyone had a fantastic new years and great start to 2013. I think this year is going to be an exciting one!
I’ve just got back from a fantastic holiday in the UK visiting family and having only arrived back in Melbourne this morning am trying to get my brain back into the right timezone. Jet lag sucks!
Anyway onto another topic I’ve just released a free version of my iPhone and iPad app which contains a slightly updated interface and 60 free audio examples with the option to buy more from within the app.
This was my first delve into in-app purchases for iOS and there were few little quirks but after a couple of weeks of on and off coding I’ve launched Aussie Slang with Audio in the iTunes store today.

Here is the info:

Aussie Slang with Audio is a free iPad and iPhone app that contains professionally recorded and produced audio examples of Aussie slang and phrases and is the best way to learn (and laugh at) the language used day to day by us Aussies!

– Built for iPhone and iPad and optimised for the iPhone 5

– Created in Australia by Aussies

This is the lite version of Aussie Lingo Audio Companion and comes with 60 free examples. You can unlock more by using the “Get More” button. This also unlocks the suggest button so you can submit slang directly via the app.

Click the image below to open the app the iTunes!

For as long as I have been working at Risk Sound, and in fact since I started in the audio post production industry, Operational Practice 48 (or OP 48) has been the standard when mixing for broadcast on Australian TV. OP48 is a little vague and is generally enforced differently, depending on which TV station your soundtrack is being broadcast on. OP 48 is also based on VU and Peak level which is more a measure of the electrical signal of the audio rather then how loud the soundtrack actually seems to the listener. This meant that by using a bit of multiband compression and EQ you could make the sound seem louder while keeping in check with the OP48 requirements.
The new OP 59 requirements that come into effect on the 1st of January 2013 in Australia and New Zealand aim to move Australia into line with the the US, Europe and many other places in the world who now measure soundtracks based on the average perceived loudness of the soundtrack.
But how does a machine or computer measure how a human perceives loudness? I hear you ask. The answer is an algorithm developed by The International Telecommunication Union or ITU which is referred to as ITU-R BS.1770, the current evolution of which is ITU-R BS.1770-3.
Using a meter that conforms to ITU-R BS.1770-3 you can actually get a quantitative measure of the loudness of a soundtrack. OP 59, like the US and European standards, specifically looks at (or listens to) the average or integrated loudness of the entire program . So if you were mixing a 30 second TV soundtrack you have to play the entire 30 seconds through the meter to arrive at your LKFS value, which for OP 59 -24LKFS.
L stands for for loudness, K describes the filtering algorithm used, and FS stands for for full scale. If you are mixing a long form soundtrack for TV that was 30 minutes long you would also have to follow the same procedure although file based processing systems now can scan an audio file faster than real-time are also to be used.

The other part to OP 59 is the True Peak limit of -2dBFS. Many software limiters only measure the peak of the audio samples, not the waveform that will be created when those samples are converted back into the analog domain. This means that your audio signal may actually be distorting and clipping on playback or when being converted to lossy codecs such as MP3 or AAC which don’t handle this clipping very well and introduce distortion. Meters that conform to ITU-R BS.1770-3 should aksi have a true peak indication as well.

OP 59 is definitely a step in the right direction and will hopefully address the issue of jumps in loudness between ads, station promos and tv programs. Because we are now mixing to an average loudness it also means that sound engineers can be more dynamic when creating soundtracks. Basically if you add a loud bit you just need a soft bit and you’ll be back in spec (although not too soft as 1770-2 introduced a gate that removes low level audio from the calculation).

As ITU-R BS.1770-3 is an open standard many companies are now creating desktop and web based audio scanning systems which can check if audio conforms to the new loudness level requirements. Some even adjust the soundtrack so that it will meet the spec. While checking a soundtrack via this software is great from a quality control angle I think using it to normalise, or fix as some claim, the entire soundtrack is not a good idea. For instance if a soundtrack has been mixed to the old OP 48 or similar and has been heavily compressed, running it through the metering algorithm and simply normalising it to bring the loudness down will result in a mix that will sound soft and a lot less dynamic/interesting on air.
For me the responsibility still lies with mix engineer to use the new freedoms/restrictions of OP 59 to their advantage and to basically know what will sound good on air and what won’t. Computers are still a few years off that… I hope

You can download the OP 59 spec sheet as a pdf from freeTV here:
http://www.freetv.com.au/media/Engineering/OP59_Measurement_and_management_of_Loudness_in_Soundtracks_for_Television_Broadcasting_-_Issue_1_-_July_2010.pdf

Well after four long years of part time study, while also working full time, developing ios apps and trying to have a life,  I’ve finally finished my Bachelor degree in Information technology and systems at Monash. I was a little worried I’d failed one of my subjects but ended up get 88% for it so maybe I’m geekier than I realised….

It was originally commissioned by the Toronto film festival and was filmed and shown there so we were on quite a tight deadline. With this excerpt I had a lot more time to craft and create the soundtrack and only ended up using two 2 second grabs of the location sound. It was a good chance to get a bit creative with sound design and foley and work on something a bit different.

Here is how it ended up:

Callum has recently started up a charitable trust that creates films that are of cultural or social significance called Ardent Films. Check it out at http://www.ardentfilm.org.

In a lot of the iOS example projects that Apple provides, such as the scrollview paging example, view controllers are Instantiated from an xib file and not from a storyboard which was introduced in iOS 5.
Instantiating a view controller with a story board is quiet easy you just have to specify the name of the storyboard, ie MainStoryBoard_iPhone without the .storyboard and make sure that you have set the identifier of the view controller that you want to instantiate.
Below is a short example:

you can then add the view to a scrollView using something like:
[self.scrollView addSubview:mkvc.view];