It is better to conform audio within a digital audio workstation with a dedicated time stretching plug-in rather than in video editing software.

Audio Conform Calculator is a simple iPhone App for sound enginners in which you can specify the source and destination frame rates of the the video you are conforming and it will provide you with the percentage and ratio value that the corresponding audio needs to be time expanded or compressed to keep it in sync with the video. 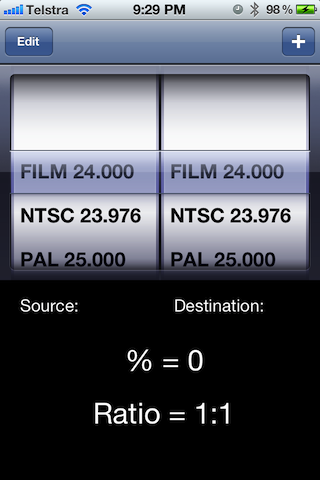 You can also add custom frame rates if the video has a non-standard frame rate and needs to be converted to PAL or NTSC for broadcast.

This only works when conforming (slowing down or speeding up) the video to maintain the number of frames not when converting video by interpolation which maintains the duration in seconds of the video but may remove or duplicate frames.

Please feel free to leave any feedback, feature suggestions in the comments below.